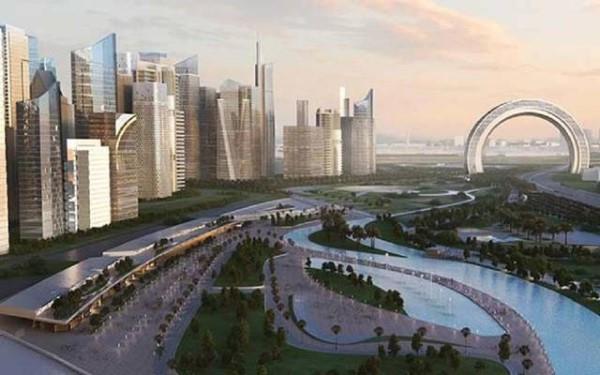 As the New Administrative Capital (NAC) takes shape, its technological core dubbed “the Knowledge City” is nearing completion with the first phase, the construction of which began in 2020, expected to open this year.

Alaa Salim, the secretary-general of the General Union of Egyptians Abroad, announced that the union is offering Egyptian expatriates apartments in the New Administrative Capital (NAC).

Salim said that the union reached an agreement with the members of the Accountability State Authority to provide the Egyptian expatriates with good offers for meter prices in the city.

The price of the meter is estimated at EGP7900.

He highlighted that there will be flexibility for the means of payment for those who are keen on having residential units in NAC.

The official revealed that the signed protocol between both On his side, Ismail Ahmed Ali, the Head of the Board of Directors of the General Union of Egyptians Abroad, asserted that the agreement includes offering the Egyptians abroad more privileges and services, alongside encouraging them to invest by buying properties in NAC, which will increase the value of investments dedicated to the new city.

institutions will provide the Egyptian expatriates with good spaces at suitable prices.