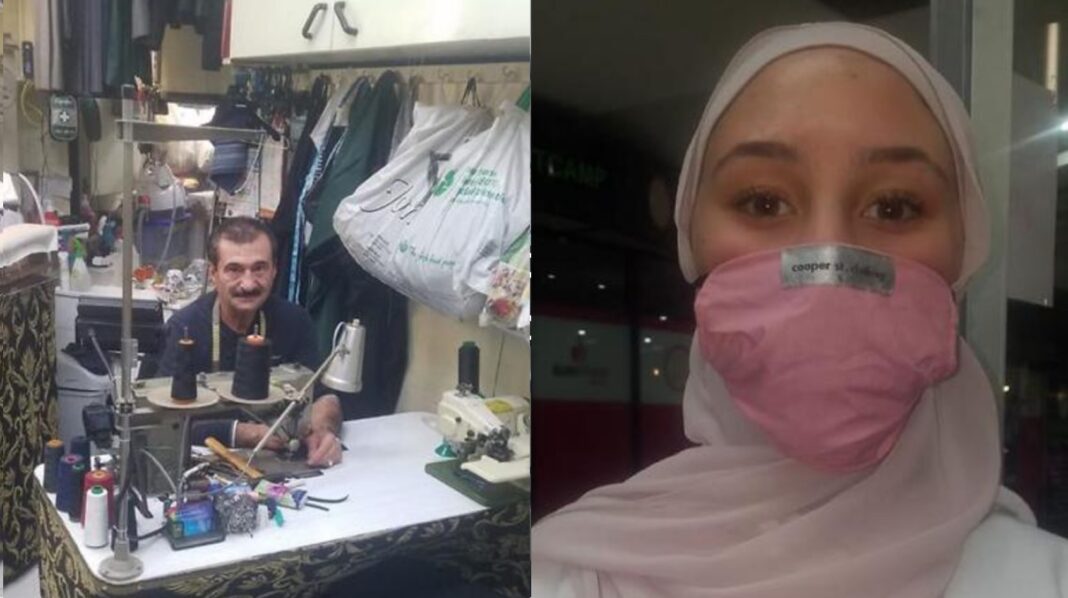 Faced with the prospect of closing his business and severing his family’s primary source of income, Sydney tailor Mohammad Badr knew that he had to make a change quickly.

The owner of Badr Tailoring has lost 70 per cent of his weekly income due to government restrictions to stop the spread of COVID-19.

Consequently, he says he is under severe financial stress, and like many others, his ability to pay his bills have been significantly affected.

Like many in the tailoring industry, his work depends on social events that have been prohibited under the restrictions.

“People are flocking to buy food and other essentials like disinfectants and cleaning products. They will not consider buying luxury goods like clothes,” he says.

“I understand and support these measures imposed by the government because they are here to protect us.”

But instead of closing, Mr Badr decided to save his business and “serve his community” by creating reusable face masks, including a design for women wearing Hijabs.

He says the masks can be washed and reused if they are in good condition and not damaged or torn apart.

“I devoted a design for women who wear Hijabs. It’s a mask that is easy for them to wear without having to move their headscarf or attach them to the ears. The band attached to the mask can be tied to the head and neck.” Mr Badr says he started working on the masks a week ago and has already sold more than 35 masks.

“Some of my customers chose to bring their favourite piece of cloth to make it for them, and I did.

“I hope this mission succeeds in making a contribution to reducing the shortage and meeting the demand in the market and enables me to continue to work at this critical stage.” Mohmmad Badr in his shop.

Mr Badr immigrated to Australia in 1986, settling in Sydney. He secured employment at a factory making jeans two weeks after his arrival.

During his first years in the country, he studied fashion part-time at TAFE.

After completing his studies, he opened a home business with five sewing machines, where he made jeans. His business flourished, which enabled him to move to a commercial site where he hired 20 workers.

“In 1994 the clothing market started importing goods from abroad and they were cheap, which affected us as a local industry, so I had to close the factory and search for a new project.”

In 1997, he opened his small business dedicated to the repair and alteration of clothes.

“I found a 9-square-metre shop and I’ve been working alone in it for 23 years now.

“Me and others working in this profession have been facing an economic crisis for four or five years, but with the spread of the coronavirus, now the crisis is demolishing us. Our work has been destroyed. [It will continue] until a miracle helps us all or scientists find a solution to this epidemic.”