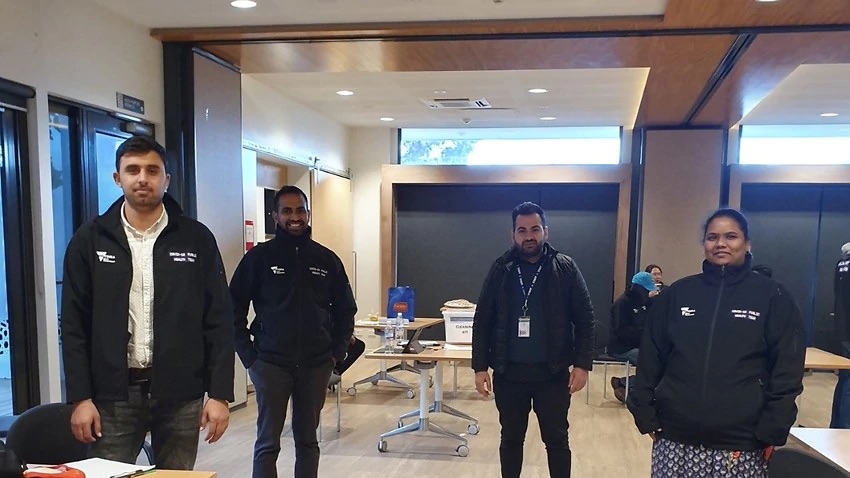 Some door-to-door testing teams that are roaming hotspot suburbs in Melbourne’s north are spending more time persuading and alerting residents of the risks and dangers of COVID-19 rather than administering the test itself, an Arabic translator accompanying the teams tells SBS Arabic24.

Ashur Nissan, 23, initially thought that his task of facilitating linguistic communication between testers and the non-English speaking residents in his suburb of Broadmeadows would be a straightforward one.

But he says he soon realised it would become a “hard negotiation task”.

Broadmeadows is one of 36 suburbs considered COVID-19 hotspots by Victorian authorities, which led Premier Daniel Andrews to order a four-week lockdown and a door-to-door testing campaign.

The measures were enforced as the state battles to stop the spread of the virus, with more than two weeks of double-digit cases recorded, which has led to the closure of the Victoria-NSW border. Victoria State Government Health and Human Services people knock on doors in Broadmeadows to check if people have any symptoms.
AAP

At midnight on Wednesday, more than 4.9 million Melburnians were be sent back into lockdown, a return to Stage 3 restrictions.

On the front line, Mr Nissan said he was “shocked” to see many residents in the communities of Broadmeadows and two other nearby suburbs, not answering their doors and refusing to take the test.

“Though they politely expressed their refusal to do the COVID-19 test, some Arabic-speaking families in Broadmeadows, Roxburgh Park and Craigieburn were of the thought that the coronavirus was no more than a conspiracy and a political joke,” the translator said.

He affirmed that some residents expressed to him that they believed the virus was a “lie with political motivations”.
CLICK HERE FOR FULL STORY AND AUDIO INTERVIEW