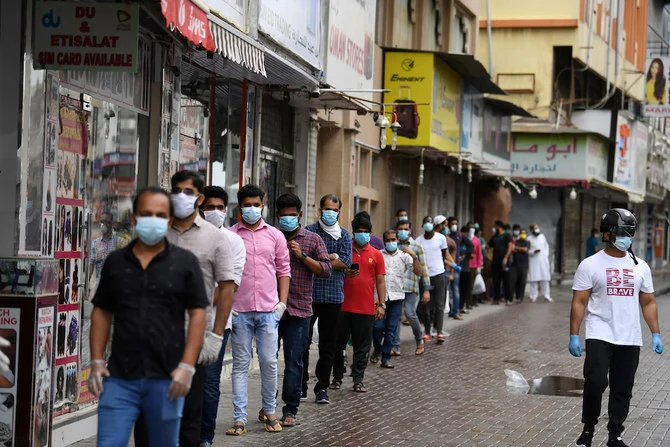 DUBAI: Denmark’s government has guaranteed workers affected by the country’s lockdown a minimum of 75 percent of their salaries.

In Italy, populist politician Beppe Grillo is calling for regular payments to “Italians [who] won’t have a secure income in the next few months.”

In the US, House Speaker Nancy Pelosi is willing to look into instituting a universal basic income (UBI) for Americans, which was at the heart of former Democratic hopeful Andrew Yang’s presidential campaign.

As people across the world are ordered to shelter in place to contain the spread of the coronavirus disease (COVID-19), how they will make basic ends meet has become one of the biggest questions facing policymakers.

Liberal activists are hoping that governments adopting cash transfers as a temporary emergency measure will be compelled to retain it once citizens have seen its benefits.

As in the rest of the world, however, the idea of guaranteeing everyone an income both tantalizes and terrifies the Arab region.

“No country in this world is ready for UBI, an unconditional payment to all residents without any conditions,” said Dr. Osman Gulseven, associate professor at Skyline University College in Sharjah.

“This is not only economically infeasible but also financially impossible for most Arab countries. Those payments will come from taxes, which will again be collected from society — specifically the working middle class.

“It is quite illogical to transfer money from the working people to everyone else.”

Although some countries have initiated UBI-like schemes to shore up their COVID-19-battered economies, he does not view it as a potential long-term solution.

“This is an unprecedented crisis period,” Gulseven told Arab News. “Typically, any money paid by the government has to be financed from somewhere. Printing money will cause inflation, which has devastating effects on the economy.”

Taxing more from sales and income will further crimp economic activity, in his view.

COVID-19 and the case for the universal basic income

“It is also impossible to pay back everything without financial resources,” Gulseven said. “Arab countries do not have the financial means for UBI. Only a few Gulf countries with substantial currency reserves can afford UBI, that too only for their citizens.”

Gulseven’s view is seconded by George Politis, visiting lecturer at the Costas Grammenos Centre for Shipping, Trade and Finance, who says UBI will not work in periods of financial distress.

“We need normality, functioning economies, growth and prosperity,” he said. “Once normality is achieved, the key indicators to study will be GDP per capita, public spending-to-GDP ratio, and poverty levels in order to calculate how much is needed for a given population and whether the state can afford the cost.”

Politis said UBI in emerging markets could only work through an international or regional body since states cannot self-finance such a policy.

“The lesson from the EU is that there is little appetite among larger and smaller economies for mutual financial collaboration towards surviving the current crisis,” he said.

The International Labor Organization (ILO) estimated in 2018 that UBI’s impact on poverty and inequality depends on such factors as the level of benefits, their capacity to meet people’s needs, and sources of funding.

GDP cost of UBI if adopted in MENA. (Source: ILO)