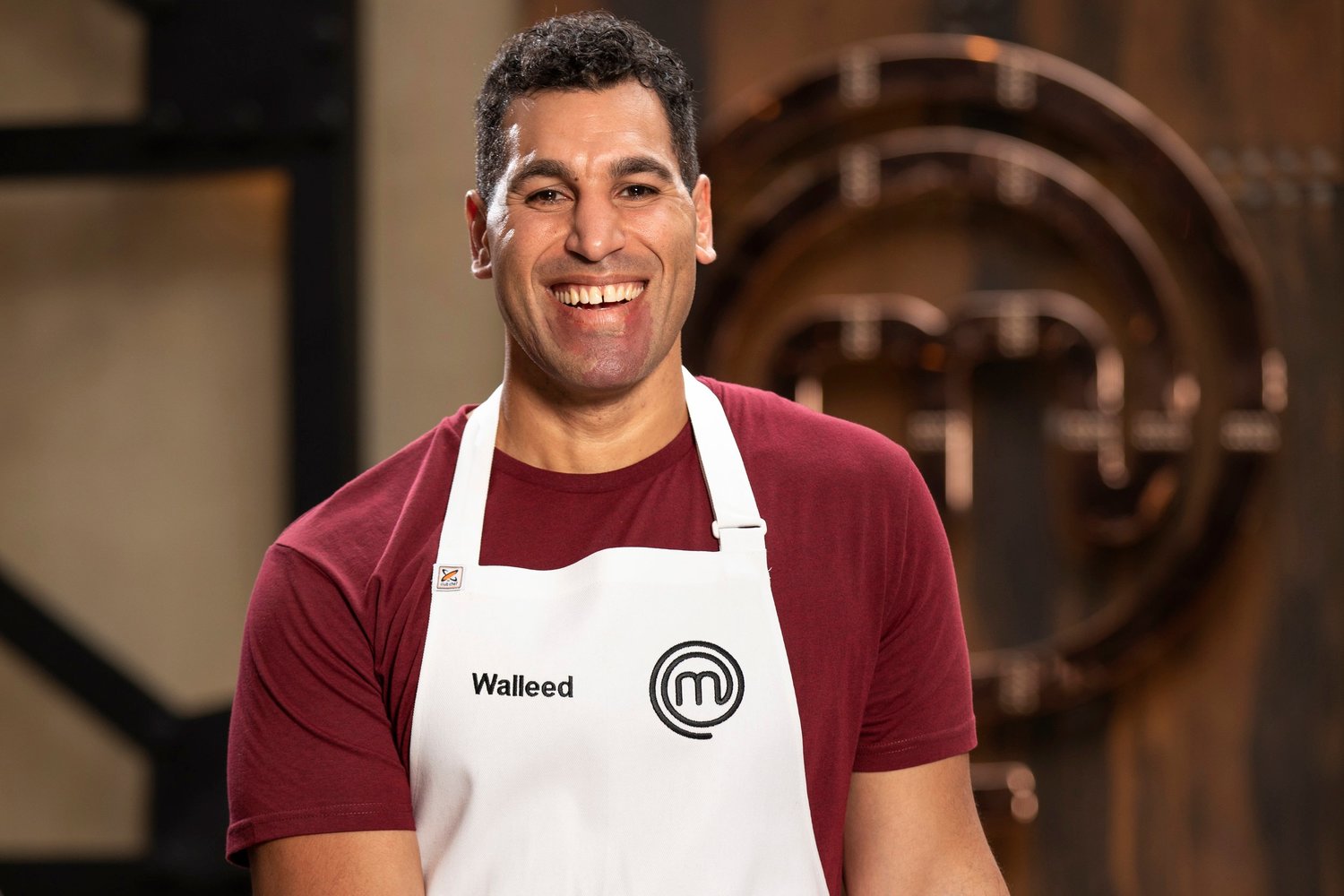 Walleed Rasheed is a 38 year old Australian Egyptian and a Marketing Analyst  from Melbourne. His recent appearances on Masterchef Australia made him the first man of Egyptian heritage, appearing on the show, to reach the final 12 cook off stage.

Walleed Rasheed, born and raised in Melbourne to Egyptian parents, is the middle child of three children. He studied Electrical and Computer Systems Engineering at Monash University, graduating in 2001. Walleed married his wife is Aleisha, in 2012 and they have twin 5-year-old daughters, named Evy and Alexandria. He has two great personal passions one being food, the other being basketball, which he started playing at the age of 6. Motivated by the cult classic movie Teen Wolf starring Michael J. Fox, Walleed became serious about the sport as a teenager. He played for a local representative team and he eventually captained the North Sydney Bears in his 20s.

Walleed attributes his skills of composure, patience and hard work to playing sport. He was hopeful that those strengths would translate well in the MasterChef kitchen, particularly in team challenges. Inspired by culinary great Rick Stein, Walleed has been cooking since the age of 8. With his Egyptian family food was the centrepiece of every gathering. Walleed still remembers the praise he received as a six-year-old when he first made tea and coffee for his family.  Walleed’s food dream is to open a fusion dessert bar, celebrating both Middle Eastern and Western sweet treats. It’s a vision he is already on the way to realising, by selling homemade baklava with flavours including Nutella and Tim Tam at local markets.

In the race to the ‘Masterchef final 12’ Walleed was asked to pick two cloches with a pairing of protein and vegetable and then to use both in their dishes. Each contestant had one extra pick up their sleeve, and, after scoring bacon and truffle, Walleed opted to re-select his ingredients landing venison and artichoke. He was happy with the appearance of his dish but he had made a critical error. The judges found the venison was cooked beautifully, but Walleed had failed to plate up the edible parts of the artichoke and was eliminated based on his error. Thankfully, that wasn’t the end of his Masterchef journey. Immediately afterwards, the 11 previously eliminated contestants then came running back into the kitchen. Along with Huda, Dee, Yossra, Monica, Mandy, Jess, Leah, Tim, Kyle, Blake and Joe, the returning contestants were asked to plate up a dish using any two of the now uncovered items.

Opting to work with his strengths this round, Walleed used eggs and figs to prepare a baklava ice-cream as a sweet dessert sandwich. Tim decided to make steak with parsnip puree, mushrooms, caramelised onions and miso butter. Focused and ready to fight to regain a place, Tim added softened butter to chilli, garlic, fresh herbs, miso paste and Dijon mustard. In the tasting, Gary said Tim had outdone himself – the beef was perfectly cooked and tender, the puree creamy and the jammy onion lovely, Matt noted that it was sophisticated and clever, and added that his dish had set a new benchmark. Unfortunately Walleed’s Baklava ice cream dish wasn’t enough to keep him in the competition. As a result, Tim was announced as the victor, returning to the competition, while Walleed and the others were once more eliminated. Since leaving the MasterChef kitchen, Walleed has sold his sweets at local markets and also hopes to write a cookbook celebrating his Egyptian heritage.