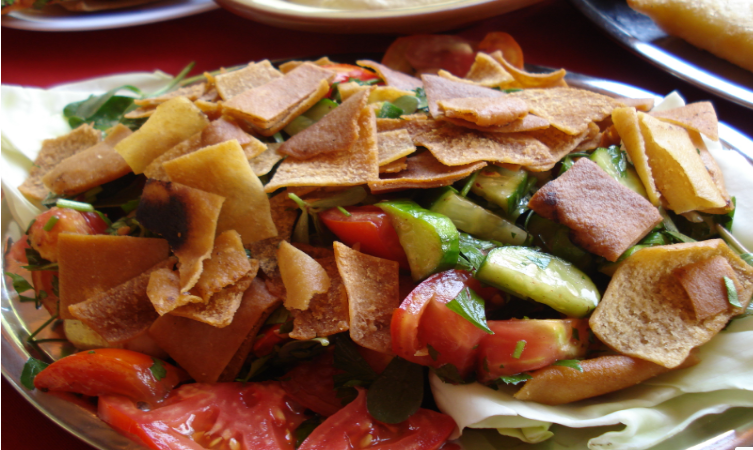 Levantine cuisines are dishes that come from the Levant region of Arabia which covers countries of  Iraq, Syria, Lebanon, Jordan, Palestine and Israel. Traditional Levantine food has rich savoury textures that excite the palate and are both great for the meat eaters and vegetarians alike.

The food is culturally iconic of the region, based on local produce and spices, that have been cultivated over the centuries. It has been used for festivals, celebrations or just a family meal. Traditional foods of the region are not just the everyday baba ganoush, hummus or tabbouleh, but a large variety of dishes that would make you come back for more. The hearty flavours of cumin, cinnamon, turmeric, caraway, nutmeg and cardamom really bring out the taste and aromas of the cuisine.

Levantine food has a large range of meat based dishes comprising of either lamb, chicken, beef or fish depending on the region and are served with fresh herbs, zesty lemon or  yoghurt on the side. Let’s start with dish called Kofta, mince lamb or beef mixed with onions and spices wrapped around a stick served with pita, dips and salad, is a must try and very delicious.

Bamia is another lamb based dish; it is made with okra and tomatoes and has its origins in Egypt. Other ingredients like tomato sauce, onion, garlic and cilantro can be used. Bamia is the Arabic word for Okra.

Fatteh, meaning crush, is a chicken meal served with rice and topped with yogurt and pita bread, it’s quite simple to make.

Mansaf, is a meal that can be made either from lamb or chicken which is cooked in a yoghurt sauce made from Jameed (a hard dry yoghurt) and plated on a bed of rice. This dish which originated in Jordan is normally eaten during festivals or important occasions.

For the vegetarian, Levantine cuisine has something for you. The majority of dishes are veggie based, being the standard salad to something far more exotic. You can have the classic baba ganoush, a zesty mashed eggplant dip mixed with lemon, garlic and olive oil and a few spices thrown in or tabbouleh a fine salad of bulgur and finely chopped parsley with minced onions and tomatoes.

Falafels are grounded chickpeas formed into a ball and deep fried, served with hummus dip and pita bread,they are a nice little treat or a snack on the run.

Mfarakeh also known as Batata Wa Bayd is made from potatoes, cumin, ghee and eggs which can be a quick meal to make if you don’t have the time.

Fattoush, another vegetarian meal based in Northern Lebanon, consists of fried Khubz (an arabic flat bread) mixed in with large cut herbs & vegetables (unlike tabbouleh which is finely chopped) and a dash of sumac for that bitter punch. It’s just another easy to prepare meal.

Rahab which means Monk, is a simple salad of just eggplant and tomatoes, this is normally served as a collection of a small dish called “Mezze”.

Lastly, what meal wouldn’t be complete without dessert. Levantine dessert range from sweet to savory and everything in between. Let’s have a look a just a few. Some are quite syrupy just like Kanafeh, a sugary pastry made of shredded filo or semolina dough, drowned in syrup and layered with cheese or cream topped with nuts.

Qatayef or Katayef is a style of dumpling normally eaten during the month of Ramadan, which is really a folded pancake containing cream or nuts.

Awameh is similar to how donuts are made but ball shaped, it is soaked in a sugary syrup and coated in cinnamon or sesame seeds.

Basbousa also known in some regions as Hareeseh or Nammoura, an Egyptian sweet cake, it’s made from semolina dough and sweetened with either rose or orange flower water syrup. Ma’amoul can be either a cookie or a pastry, it’s made using semolina and filled with dates and one of the following nuts; almonds, walnuts or pistachios. Normally eaten around religious celebrations, they can be made days before.

These are only a small selection of Levantine foods on offer, the Arab world has a vast array of culinary delights to choose from and if you try them all, you may find your new favorite food.