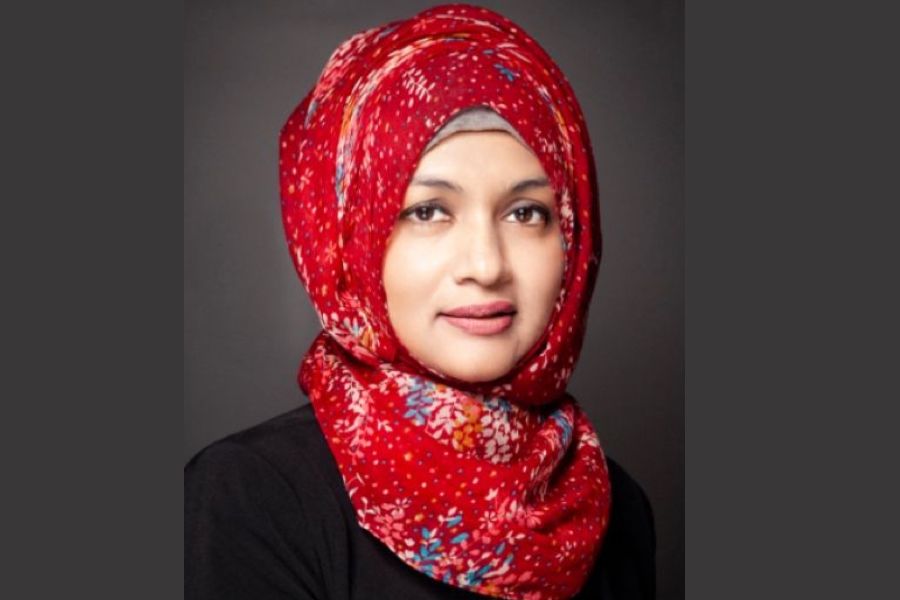 New country, new rules, hard work and yet not a dollar to your name…
Many women in Australia are subject to financial abuse, such as refusing to provide money, manipulating financial decisions and unauthorised access to money. For women on temporary visas, the stakes can be even higher.
When women have no access to income support or appropriate support services, abusers can control funds and hold the threat of deportation over their partner’s head. More community services must be funded to assist migrant women to understand their legal rights and improve their financial literacy.
If you or someone you know is concerned about abuse, including financial abuse,
you can call 1800 RESPECT national helpline on 1800 737 732.
This service is available to anyone in Australia, regardless of their visa status.
According to Dr Sabrin Farooqui

“When most people are asked to think about domestic abuse, they typically focus on the physical and emotional mistreatment in most unhealthy relationships. This is understandable, given statistics show these two forms of abuse are most common between dysfunctional couples and in many cases are more visible to people outside the affected family. It is also why most government and community programs aimed at helping domestic abuse survivors focus on the physical and emotional aspects of abuse. But as important as the goal of eliminating physical and domestic abuse is, the focus on these two elements of the problem can sometimes lead us to ignore a third sign that is causing just as much concern in our community.

Spousal financial abuse disproportionately affects women and is particularly prevalent in migrant communities, typically from the south Asian region where the husband or male partner is traditionally expected to take charge of money matters. The reality is the denial of financial rights to a partner is a tactic or behaviour that undermines a person’s economic independence and security. It can have the same devastating consequences as other forms of domestic abuse.

In my dealings through my community work with migrants and refugees, mainly women, I have come to realise this form of domestic abuse is common but not necessarily understood, sometimes not even by the women who find themselves in financially controlling relationships. And they bring with them stories they think are common in the wider Australian community but would horrify the average western woman should she find herself in the same situation.

Twenty-eight-year-old Nargis (not her real name) came to Australia on a spouse visa in 2016 and divorced her husband in 2019 after experiencing domestic violence. Despite working and earning her own money, Nargis was denied any rights when it came to her financial independence.

“My husband used to take my earnings to put in our joint account and I never had any access to that account. Whenever I asked for access, he used to get angry and said he’d provide me money if required. I don’t need to know where he’s spending the money because he knows better about finance of the household.”

Fatema (not her real name), 32, found it hard to find a work as a new migrant. She considered herself lucky when she finally got a casual job in a fruit shop but when she started getting payment, her husband forced her to deposit the money to their joint account and used to give her $100 at the end of each month.

“I wanted to learn how to use the online banking, but he always said I didn’t need to know that”.

When Fatima got separated from her husband as a result of physical and financial abuse, she didn’t have a cent in her bank.

Factors that contribute to instances of financial abuse

There are several factors unique to migrant women that make it easier for abusive spouses to take financial control, and at the top of this list is the considerable difference in their employment rates compared to their male counterparts. The highest median income for migrant taxpayer women sits at $49,223 as compared to highest median income for migrant taxpayer men at $78,840 (ABS, 2019. Personal Income of Migrants, Australia, 2016-17). Even when they are in the job market for higher paid positions, they struggle to find employment due to various structural barriers, such as lack of recognition of overseas qualifications and experiences. Others find lack of English language skills, childcare responsibilities and cultural differences either limit the types and numbers of jobs they can apply for or discourage potential employers from giving them a go. All these factors result in a significant inequality that ensures financial dependence on their partners. That, in turn, makes them vulnerable to financial abuse.

With other women, their lack of understanding of financial literacy or their rights under Australian law might mean they are not even aware of the position they are in. Or even if they do, their spouse visa status would mean their potential for permanent residency would depend on their husbands. They would be unlikely in that case to lodge a complaint against their male counterparts, who they feel are vital for keeping them in the country. In any case, it is difficult to seek legal advice or support if you lack the financial resources to pay for a lawyer.

Finally, the tradition of dowry gifts and transfers is a common custom in many south Asian communities. This sees, as a normal course of marriage, money and property given by a bride’s parents to the groom and his family. It virtually entrenches in the mind of a young woman, and in some cases young and inexperienced women, that property and finances are firmly the responsibility of their male partners.

Now, what can we do to make the situation better?

As a matter of course, as part of the visa application process, migrant women must be made aware  of their legal rights in Australia and provided better access to programs that develop their financial literacy, and help them learn to budget, save, pay bills and track their spending. Migrant women need to know that, while there is nothing wrong with a husband looking after the family’s finances, it is also very important to understand the line where this support becomes financial abuse.

Few studies have focused on economic abuse in the context of migration and for ethnic groups in Australia. Research on wider issues of domestic violence and marital conflicts in Australia indicates that women’s economic exploitation is common across all nationalities of migrant communities. More studies need to be conducted in this area.

In the meantime, women who feel they are victims of financials abuse, or friends of women who they suspect may be in need of help, should urgently contact the national sexual assault, family and domestic violence counselling service on 1800 737 732.”

Dr Sabrin Farooqui, pictured above, is president of the Cultural Diversity Network Inc.