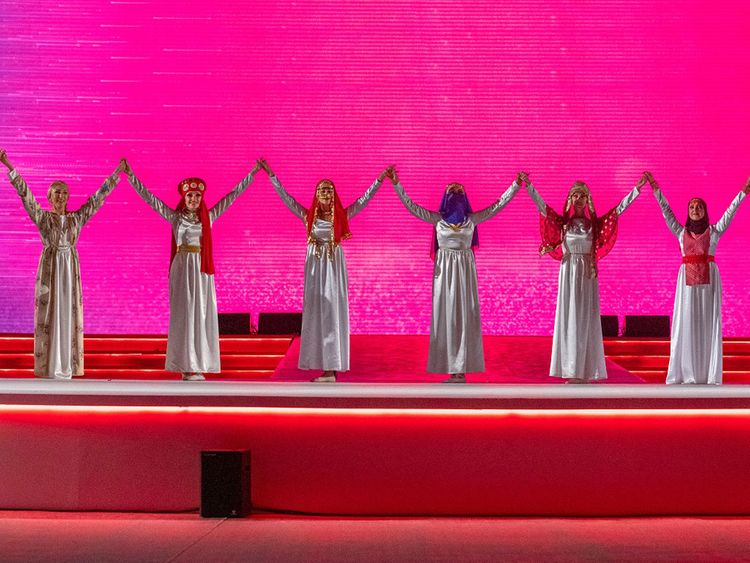 Organised by Sharjah Women’s Sports and running till February 12 across various sporting venues in Sharjah, a record number of 78 clubs from 18 Arab nations are participating in AWST 2020.

Welcoming all participating Arab nations, Shaikha Jawaher, who is Chairperson of the Sharjah Women’s Sports (SWS), highlighted the regional importance of the tournament, and the key role it plays in supporting sportswomen’s dreams and ambitions.

“Through your determination and intensive efforts, you and your peers in the Arab world have achieved many feats that make us proud. Arab sportswomen are successfully changing the realities of the region by following their dreams with resolve; rewriting traditional narratives of duty and achievement attributed to Arab women. This tournament furthers Sharjah’s commitment to making sports more inclusive and accessible to women, a pillar of the region’s development journey and a bridge between cultures,” she observed.

She thanked Shaikh Dr Sultan for continuously supporting women through directives to provide all that is necessary to empower them in all fields.

The next biggest participation is from Saudi Arabia with 12 clubs who are participating in all sports, except shooting. Eight clubs from Bahrain, six from Kuwait and three clubs from Oman are also competing.

The basketball, volleyball, karate, archery and showjumping competitions got under way from Monday. The table tennis matches will get underway on Tuesday while track and field competitions will be held on Saturday (February 8), followed by fencing the following day.

A session titled ‘Future of Women Sports in Arab Media’ will be held on the sidelines of the competition, on Tuesday. This session will target Arab sports media professionals and influencers and will be aimed at highlighting opportunities and challenges in women’s sports, and present suggestions to the media industry and decision-makers to augment their role in advancing women’s sports.