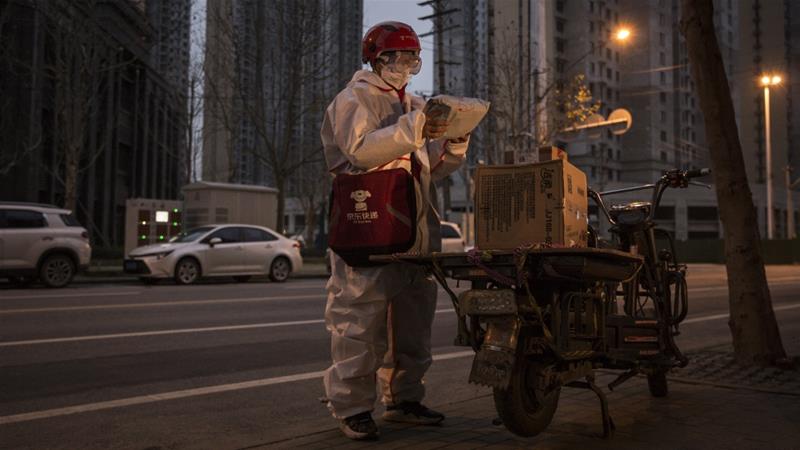 Jordanian student among 71 Arabs evacuated from Wuhan says he escaped from ‘jaws of death’.

Seventy-one Arab students have been evacuated from China’s Wuhan, a city at the epicentre of a fast-spreading coronavirus that has killed 300 people and infected more than 14,000 people.

The Arab students evacuated from the capital of Hubei province flew into Jordan’s capital, Amman, on a Royal Jordanian airlines flight on Saturday. They included 54 Jordanians and seven Palestinians, as well as students from Tunisia, Oman, Syria and Bahrain.

“It’s been really difficult in Wuhan, since the coronavirus started spreading. We escaped from the jaws of death. Life returned to us once we arrived in Jordan,” a student from Jordan, who wished to remain anonymous, told Al Jazeera.

“We spent several days under extreme mental stress. If someone was coughing or sneezing, they would be shunned by others who suspected that they may be infected. Food started to run out in the student dorms because the supermarkets were closed and students were banned from leaving their residences, except in very urgent cases.”

Authorities in China had placed the city of 11 million under lockdown in January in a bid to contain the virus. The quarantine has since been extended to the entire Hubei province.

The lockdown turned Wuhan into a “ghost town”, another student said, adding that he and his fellow students had lived in a state of panic and fear as the number of infected people in Wuhan increased, pharmacies ran out of medical masks and gloves, and bans were imposed on entering and exiting the city.

He said he hoped Chinese authorities contained the outbreak soon so he could return to continue his studies.

Another student told Al Jazeera: “All thanks to God and Jordan’s efforts to bring us back here. Without them, we might be among the infected or dead. Unfortunately, the virus is spreading, hospitals can no longer accommodate the number of infected patients. We were banned from leaving our dorms, and our studies were suspended until the end of this month.”

Life in Wuhan had come to a stop, the student said, describing empty streets and restaurants and shops that remained shuttered as people hid in their homes.

The Arab students were transferred to Al Bashir Hospital upon their arrival in Amman for “precautionary examination”, according to the Jordan Times.

Hikmat Abul Foul, secretary-general of Jordan’s Ministry of Health, was quoted as saying: “Two Jordanian doctors were dispatched to China and all the students received medical examinations prior to boarding the plane to Amman, with tests confirming that there were no infections or even symptoms of the disease.”

Several countries, including the United States, Japan, and South Korea, have evacuated their nationals from the virus-hit city. Some governments have imposed drastic measures, including border closures with China and visa bans for Chinese nationals, in a bid to limit the spread of the virus.

Meanwhile, China’s ambassador to Qatar told reporters in Doha the current state of panic over the coronavirus was “greater” than its impact. Zhou Jian said authorities in China will “exert every effort to ensure the health of foreigners in China”.