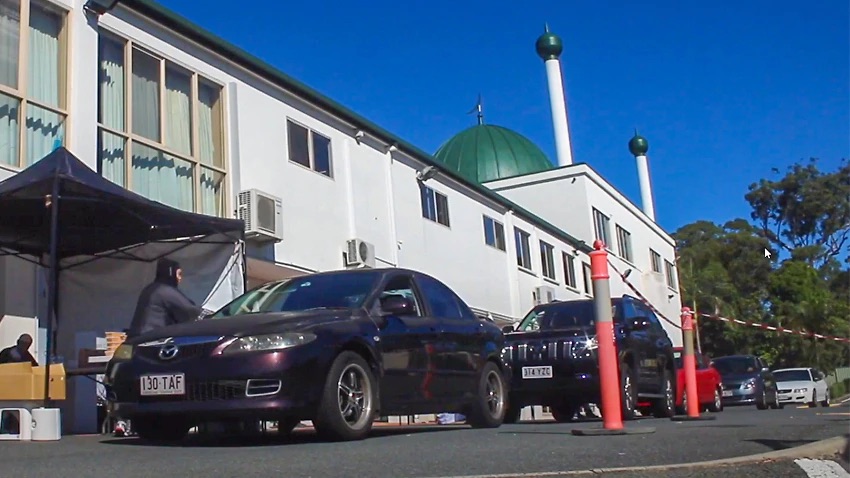 During the holy month of Ramadan over the past two decades, hundreds of visitors to the Islamic Society Mosque on the Gold Coast would break their fast together inside their place of worship.

More than 900 worshippers would usually gather over the weekends during the month to pray, eat, and meet others from the community.

This year, however, the COVID-19 pandemic has put a stop to all mosque activities, and like other places of worship, mosque doors were forced to close.

“Ramadan came with coronavirus,” says Hussin Goss, a Gold Coast resident and one of the mosque founders.

“All the things we do in Ramadan came to a stop, prayers, Tarawih, and the Iftar.”

However, volunteers in the mosque’s kitchen were not willing to give up that easily.

Mr Goss, who works in the field of food logistics, came up with a plan for people to visit the mosque, while still abiding by social distancing measures.

He proposed for the mosque to prepare food for the Iftar, the first meal following the day of fasting, and to distribute them using a drive-through system.

“You have a service ordering food from the car at McDonald’s, and we have a service to order Iftar from the car,” says Mr Goss, who was born and raised in Queensland to Australian parents and a grandfather who migrated from Pakistan.

Initially, others at the mosque thought the initiative would be too difficult to take on due to the strenuous efforts required.

The initiative requires preparing the Ramadan Iftar continuously for thirty days straight, with no breaks, and while people are fasting themselves.

But Mr Goss persuaded two of his companions to work inside the kitchen in the courtyard of the mosque.

Using word of mouth and social media, the proposal became a reality once Ramadan began, and cars started lining up day after day in front of the mosque to receive free meals.

The line of cars has been continuous throughout the month in the mosque’s courtyard.