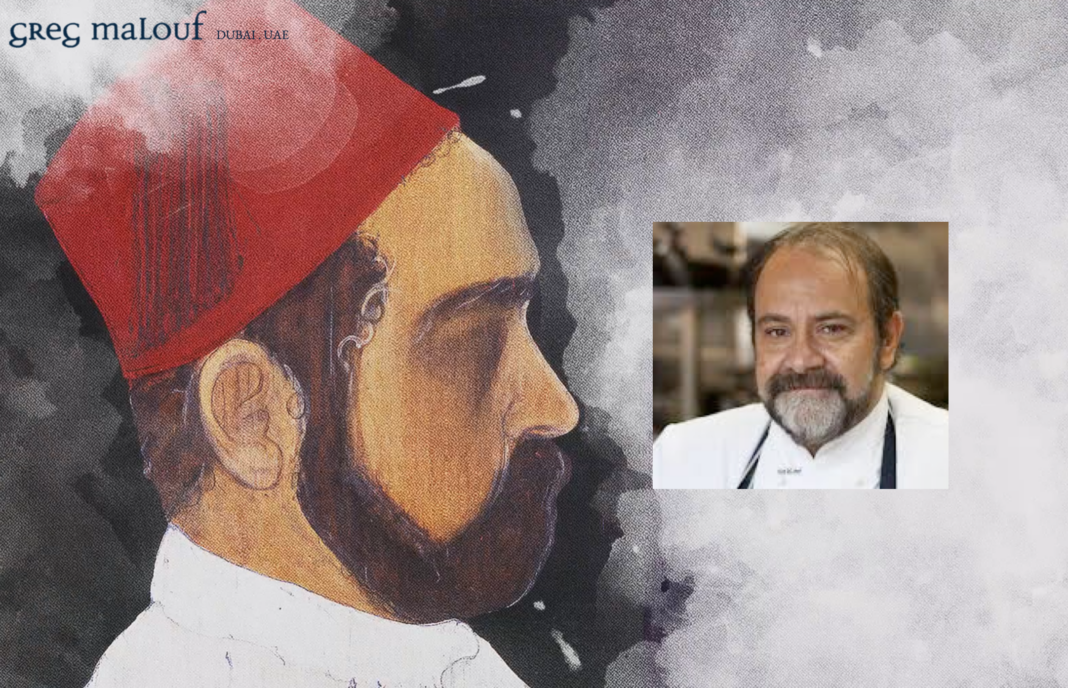 REVIEW – “The widespread popularity of Arabian-style food in Melbourne can be attributed to one man: Greg Malouf. In the past decade, no other chef has exerted such a singular, widespread and identifiable culinary influence on any Australian city. Malouf, [of ] the Collins Street restaurant Mo Mo, is responsible for de-ethicizing Middle Eastern food, taking it out of the migrant enclaves in the burbs and contemporizing it, elevating it to another level, making it desirable and exciting, giving it contemporary presentation while respecting the integrity of its flavours” – The Australian, Cherry Ripe 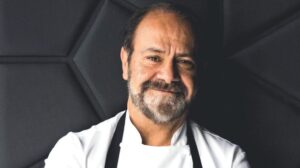 SO BEGINS THE CULINARY JOURNEY OF CHEF GREG MALOUF – THE INSPIRATION BEHIND A GENERATION OF YOUNG CHEFS, AND A PIVOTAL INFLUENCE ON THE AUSTRALIAN AND INTERNATIONAL RESTAURANT SCENE.

Greg Malouf is one of Australia’s most influential and admired chefs, and is widely credited with changing the way we experience and understand Middle Eastern food. Greg draws on his classical cooking training in Europe, his travels researching regional dishes and perhaps most significantly his Lebanese heritage for inspiration.

Greg’s reputation was forged in his hometown, Melbourne where, at the award-winning Connell’s and MoMo restaurants, he won national and international recognition for his innovative food, and a new style of ‘Modern Middle Eastern’ cooking was born. In 2012, during his tenure at the iconic Petersham Nurseries Cafe in London, the restaurant achieved a second year of Michelin Star status. Then, in 2014, Greg opened ClÃ Dubai, fulfilling a long-held ambition to live and work in the Middle East. Already claiming its place as a landmark restaurant in the region, ClÃ has been filling several hundred covers a day since opening and has garnered glowing praise.

Greg’s reputation has been underscored by a widely acclaimed body of work, co-authored with his first wife, Lucy Malouf. Their seven successful recipe books have won numerous prestigious awards, been translated into several languages and are published around the world. They include Arabesque, a modern Middle Eastern Food Bible, the food-travel trilogy, Saha, Turquoise and Saraban, and New Feast, a celebration of contemporary vegetarian Middle Eastern food. Greg has contributed to several Australian newspapers and magazines over the years and currently writes a monthly column for Ahlan Gourmet Magazine.

In 2003 Greg established Malouf’s Mezza, through which he offers menu and restaurant consultancy and services at large events and special private events around the world. He has cooked for such clients as Chanel and Louis Vuitton, Etihad Airways, The Arab-Israeli Peace Forum 2009, The Australian Grand Prix, The Australian Tennis Open and Golf Open. He has assisted in the setting up of new restaurants as far afield as Auckland and Aman.

Through Malou’s Mezza Greg also produces a range of food products, which include some of his unique spice blends, as well as fairy floss and Turkish delight. He is currently working to create a brand new range of gourmet Middle Eastern meals for the chilled ready meal sector.

In addition to the multiple awards garnered by his books and restaurants, in 2011 Greg was honoured as ‘Ambassador’ by The American University in Beirut at their inaugural awards ceremony for his achievements in promoting Lebanese cuisine around the world.

A Selection of Malouf’s recipes can be found HERE 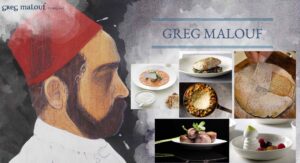