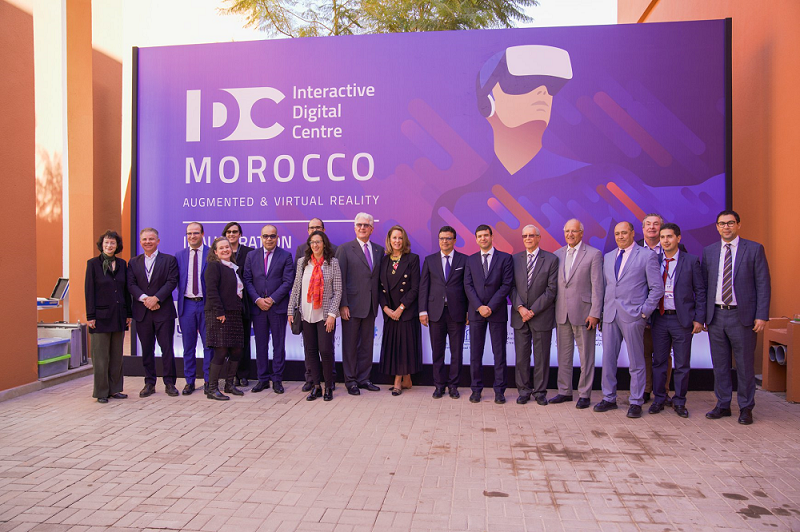 The center is the first of its kind in North Africa, second in the MENA region, and third in Africa.

EON Reality, a world leader in the use of augmented and virtual reality in the fields of education, industry, and infrastructure, monitored the construction process.

Senior officials from the fields of diplomacy, economy, and education attended the inauguration ceremony, including the US Ambassador to Morocco David Fischer and Morocco’s Minister Delegate for Higher Education Driss Ouaouicha.

“This is a game-changing opportunity that is being presented here,” commented the US Embassy in Rabat.

“By bringing together governments, international donors, academia, the private sector, this center will make Morocco a leader in the region, in Africa, and perhaps worldwide,” said a post on the embassy’s Facebook page.

The public-private partnership will train students in technology for success in tomorrow’s workforce, concluded the statement.

According to EON Reality, IDCs are augmented and virtual reality centers designed to help enhance innovation and grow the local economy.

IDC Morocco is only the second of its kind in the MENA region and third of its kind in Africa. Saudi Arabia has already built a similar center, in Jeddah, and South Africa has two, in the cities of Tshwane and Cape Town.

The UM6P, inaugurated in January 2017, is a leading Moroccan university, built in the green city of Benguerir. It is the first of its kind in Africa, offering adapted infrastructure, an ecological zone, and an organized social life that promotes the well-being of its students and their social and cultural blossoming.