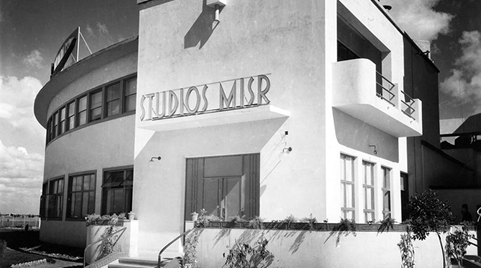 Encounter with a new medium

The first screenings of the films by the pioneering Lumière brothers to audiences took place in 1896 in Egypt and Algeria; in 1897 in Tunis and Morocco; and in 1900 in Palestine. Cinemas got introduced soon after: 1897 in Algeria; 1906 in Egypt; 1907 in Tunisia; and 1908 in Palestine.

In Algeria, few natives went to the cinema for cultural or language reasons. In Egypt, however, soon after the introduction of the new medium, Arabic translations started to be offered. By 1908, there were already five cinema theaters in Egypt, and by 1930 nearly all the Arab countries had at least a dozen theaters.

Some Arab countries, however, did not accept the cinema until the 1960s and 70s. Saudi Arabia only allowed the first cinema theaters to be opened in 2018!

Production during the colonial period

The first cinemas in the Arab countries were generally owned either by foreigners or by Jews. Similarly, first local film productions tended to depend on foreign or Jewish investors.

The only Arab country to develop a local film industry during the colonial period was Egypt. Native production initially started with news films. Gradually, Arab actors started to take part in the European film productions being filmed in Egypt and, eventually, some started directing films, the first being made as early as 1921.

The first short films directed by natives in other Arab countries were made in the same period. Eventually, the first full-length feature films, either produced or directed by the Arabs, started to appear.

In Egypt, the industry grew steadily and by 1928 an average of two feature films were shot annually. In 1932, the first two sound films appeared (partially manufactured in France). In 1934/35, the first local film studios appeared. By 1948, six more studios had been built and 345 full-length feature films produced. By 1952, Egyptian production reached 48 films per year and the film industry became the second most profitable sector after the textile manufacturing.

The successful establishment of Egypt’s film industry had various reasons behind it. Egypt had a dynamic, multicultural life in which native Egyptians always played an important role, and which remained relatively undisturbed by colonial authorities. National upheavals after the end of the WW I served only to strengthen the popular interest in the cinema. Numerous theater directors and actors worked at the end of the 1920s and in the course of the 1930s as producers, script-writers, or directors. Popular local theatre productions were filmed. Local enthusiasts established modest studios.

But it was not only artists and enthusiasts who invested in cinema. Beginning in the 1920s, nationalist-oriented entrepreneurs worked to develop an independent national industry. In 1925, the Misr Company for Cinema and Performance was established, which was intended to produce advertising and information films. In 1935, the Misr Studio had been inaugurated.

The enthusiastic support of the film industry in Egypt by the local capital was fuelled by the nationalist resurgence taking place in the country which had been nominally independent since 1922. A comparable development would have been unthinkable in the French colonies and protectorates.

Syria’s weak economy precluded the existence there of wealthy and powerful entrepreneurs who might have initiated an industrial organisation for cinema production. Furthermore, the artistic life of the country had been weakened since the end of the nineteenth century, when various talented Syrian artists and intellectuals had emigrated to Egypt because of political and social restrictions in their own country.

National film making and the State

Independence represented a catalyst for national film making. In the first ten years after their independence Algeria, Syria, Iraq and Lebanon each produced one or two feature films a year. By 1965, Iraq was producing up to three films a year and Lebanon fifteen.