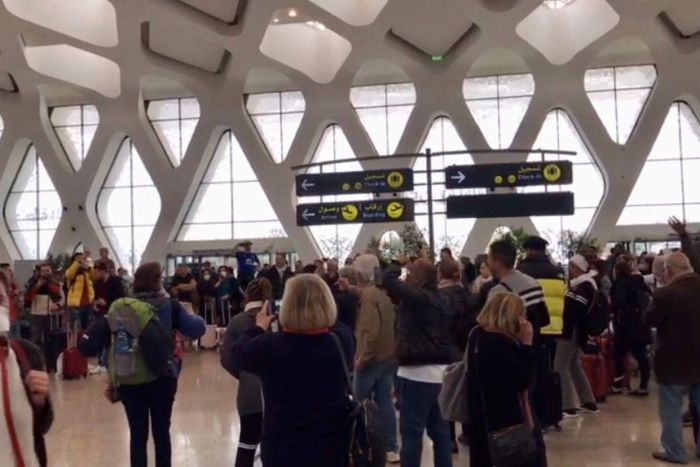 A Brisbane man is among hundreds of people trying to escape one of Morocco’s busiest airports after the country began closing its borders to stem the spread of coronavirus.

Matt Gharakhanian made moves to leave Morocco shortly after landing in the country on the weekend, as news broke it would soon be closing inbound and outbound travel to dozens of countries.

The 33-year-old from Brisbane has been waiting in the Marrakech Menara Airport trying to secure a flight out, amid growing unrest.

“I don’t feel safe being here and I have no option but to stay,” he said.

“I have limited funds and currently no way out.

Mr Gharakhanian said he and several other Australians have been waiting at the airport but found themselves surrounded by protests in the terminal that broke out late on Monday.

A word of Encouragement from Iman Mohammad Kammoun