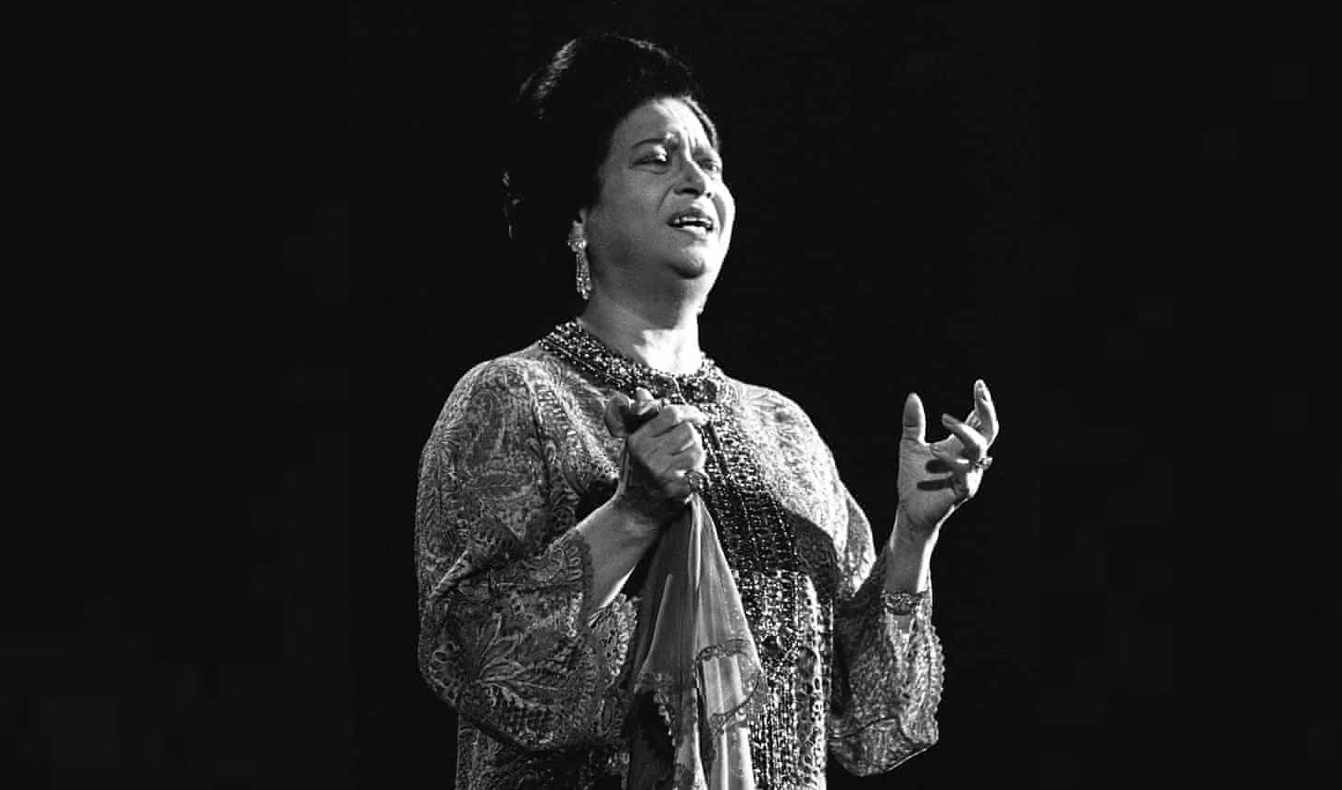 With a voice adored by Bob Dylan, Robert Plant and millions across the Arab world, Umm Kulthum rejected gender norms with her powerful, political music. But can her 90-minute songs work in a new stage musical?

You hear the Umm Kulthum cafe before you see it. Violins swoon and a monumental voice surges from a doorway in Cairo’s Tawfiqia neighbourhood. Outside, couples smoke shisha on plastic chairs, dwarfed by two immense golden busts depicting the singer known variously as “the star of the east”, “mother of the Arabs” and “Egypt’s fourth pyramid”.

Umm Kulthum recorded about 300 songs over a 60-year career and her words of love, loss and longing drift reliably from taxis, radios and cafes across the Arab world today, 45 years after her death. Despite singing complex Arabic poetry, she influenced some of the west’s greatest singers. Bob Dylan said: “She’s great. She really is.” Shakira and Beyoncé have performed dance routines to her music. Maria Callas called her “the incomparable voice”.

There is no western counterpart to Kulthum, no artist as respected and beloved as she is in the Arab world. Despite that, she remains relatively unknown in the UK; a one-off show at the London Palladium on 2 March aims to change that. Umm Kulthum & the Golden Era will dramatise the singer’s life in English with her music sung in Arabic. “My whole message,” says the show’s producer, Mona Khashoggi, “is to promote our rich culture of classical Arabic music in the west.”  –  Tom Faber