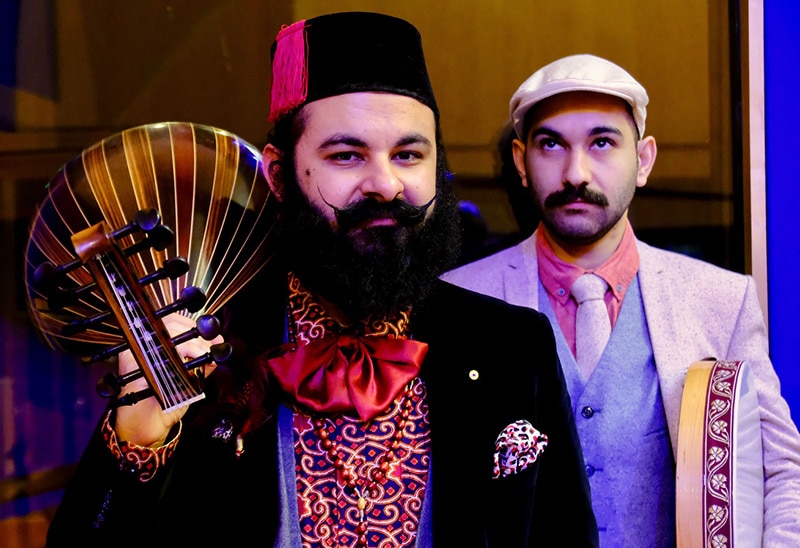 The Art of the Oud

“The multi-award winning Tawadros has made a career of blurring the boundaries between middle-eastern classical music, contemporary jazz and Western classical music, and is known for his easy-going stage presence and quick-witted banter – all of which he brought to the Opera House in spades in this concert with the Sydney Symphony Orchestra” – Limelight Magazine June 2019

Joseph Tawadros is a virtuoso player of great diversity and sensitivity, known for his brilliant technique, deep musicianship and joyous style of performance… and also his engaging rapport with the audience.

He returns to Melbourne for a season of solo concerts showcasing his beloved chosen instrument – the oud – an Arabic lute.

Joseph has recorded in New York with US jazz luminaries including John Abercrombie (with whom he toured), Christian McBride, John Patitucci, Jack de Johnette, Mike Stern and Roy Ayers.

Joseph has received 14 ARIA Award nominations and won 4 ARIAs, including ‘Best World Music Album’. His recent highlights include a BBC Proms sold-out concert, a season of his Concerto for Oud with Sydney Symphony at Sydney Opera House, and a musical sojourn to Cairo to share ideas with some Egyptian master musicians.